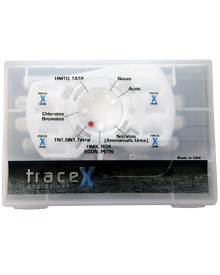 Explosives remain the weapon of choice for terrorists around the world. Improvised Explosive Devices (IEDs) are a threat from international terrorist organizations and local, home-grown terrorists as well. Sadly, Home Made Explosives (HMEs) and IEDs have become a fact of modern life. Military, law enforcement and intelligence personnel have a dual-role: uncovering the bomb networks and systems before the bombers do harm, and investigating an incident after it occurs. In many cases, detecting just a trace of explosive material can make all the difference.